The Cradle of POUILLY-FUISSÉ

The jewel of Southern Burgundy, Pouilly-Fuissé is an appellation
of the Burgundy wine-growing region..

Burgundy is divided into five subregions that waken our taste buds whenever they’re just mentioned. From the north to the south we can find

These five sub-regions produce around 100 Protected Designations of Origin (PDO, formerly AOC).
Among them, Pouilly-Fuissé is the oldest and most prestigious of the Mâconnais. It covers four villages: Chaintré, Fuissé, Solutré-Pouilly and Vergisson. This area produces only white wines. 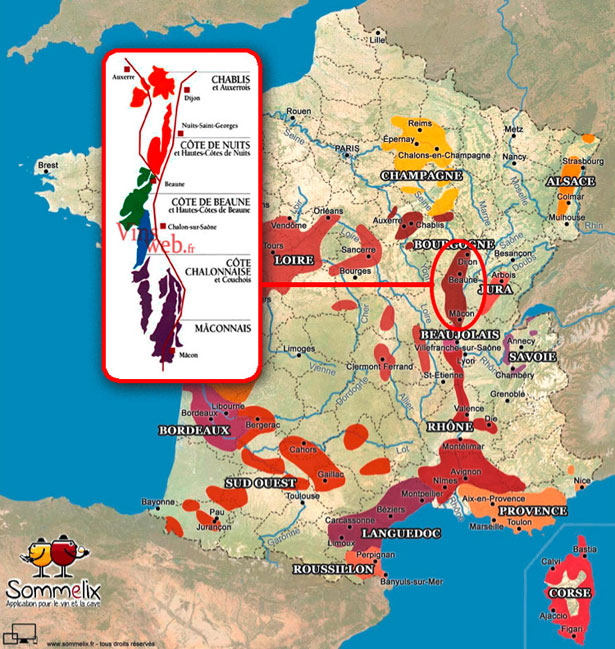 As for nearly all of the white wines of Burgundy, Chardonnay is the one and only grape-variety used in the production of Pouilly-Fuissé.

With a strong global presence (US, Chile, Australia, Italy, South Africa, Argentina…), Chardonnay is much appreciated for its adaptability to all kinds of soils and climates.

However, its origins lie in Burgundy and there is even a village in the Mâcon area to prove it!
Chardonnay’s main asset is its incredible capacity to reveal the terroir. Colour, aromas, acidity and potential to develop over time depend heavily on the micro-climate and the soil found within the plot.

At worst Chardonnay vines produce wines of an acceptable quality but at their best, planted in an outstanding terroir, they work unparalleled wonders.

Burgundy produces the most famous still wines in the world. Thus, Montrachet, Meursault, Corton-Charlemagne and of course Pouilly-Fuissé have become references for the discerning wine lover.

Another of Chardonnay’s characteristics is its affinity with wood.

Maturing in oak barrels or casks is a widely used practice to enhance aromas and structure, underlining its roundness and enriching its bouquet of aromas of spices, brioche or toasted bread. 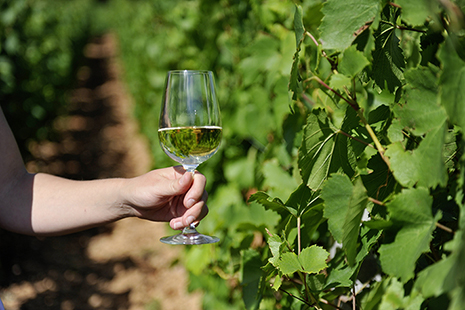 Chardonnay, the expression of a terroir

The Terroir and Climate of Burgundy

In Burgundy, we use the term Climate to designate a locality in which we find homogeneity of soil: topography, soil and micro-climate.

The Pouilly-Fuissé appellation has 200 climates spread over the four villages which constitute the production area.

These climates can be mentioned on the label if the totality of the grapes producing the wine comes from that locality in question.

The topography in the Mâcon area is very hilly. The relief was caused by the alpine uplift which raised the borders of the Morvan and produced sediment ditches from the Grosne and the Bresse.

This gave rise to the formation of the two rocks, Solutré and Vergisson around which now grow the famous vineyards of Pouilly-Fuissé.

From this turbulent geological past about 15 different soil types were formed where the Pouilly-Fuissé appellation has its roots thus representing a very important variety compared to other Burgundian appellations.

These soil differences coupled with the unique topography (more or less steep slopes) gave rise to 200 appellation climates.
Elegance is one of the main qualities in common among the many expressions of these fine wines grouped under the appellation, Pouilly-Fuissé. 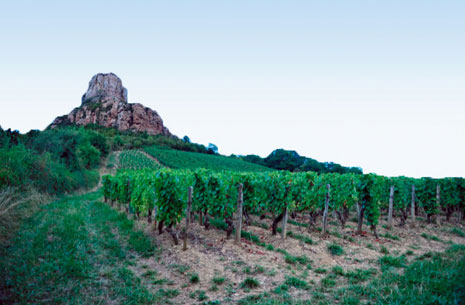 Regional names (56% of the output)

Regional PODs can be produced throughout wine-growing Burgundy. These include for example Burgundy (red, white, rosé), Burgundy Crémant, Burgundy Coteaux, and Burgundy Aligoté (white wine from Aligoté grapes, not Chardonnay).
The regional name of Burgundy can be completed by geographical precisions: a subregion (Hautes Côtes de Nuits, Côte Chalonnaise, etc); a commune (Chitry, Epineuil, etc); or a locality.

Grape products from individual communes (Beaune, Chablis, Givry, etc), or from groups. That’s the case of the Pouilly-Fuissé name, based on four communes: Chaintré, Fuissé, Solutré-Pouilly and Vergisson.
As well as its communal name, the wine can have a climate name if all the grapes used to produce its wine share a single climate. Two examples: Pouilly-Fuissé « Les Crays »; Pouilly-Fuissé « Prés des Gours ».

The climate of a district can be classified as Premier Cru by the INAO (Institut National des Appellations d’Origine = National institute of original names) thanks to the superior quality of its soil. In that case the name bears the name of the town plus « Premier Cru ». For example: Meursault Premier Cru « Les Perrières ».

The Current Hierarchy of Mâconnais Wines

Today there are three hierarchical levels in the Mâconnais region:
The regional appellations are Mâcon and Mâcon-Villages (sometimes followed by the name of the commune when all the grapes used come from the same village. Example: Mâcon Azé, which is a Mâcon-Villages produced with grapes harvested exclusively on the commune of Azé).

Since November 21st, 2020, 22 climates of the Pouilly-Fuissé appellation have been recognized and classified Premier Cru. This is the case of Pouilly-Fuissé Les Crays, which from the 2020 vintage can be labelled Pouilly-Fuissé 1er Cru Les Crays.

In addition to the historically acknowledged quality of these terroirs, an ambitious specifications policy regulates production. Thus, in addition to reducing yields and lengthening the aging process, chemical weeding has been banned. 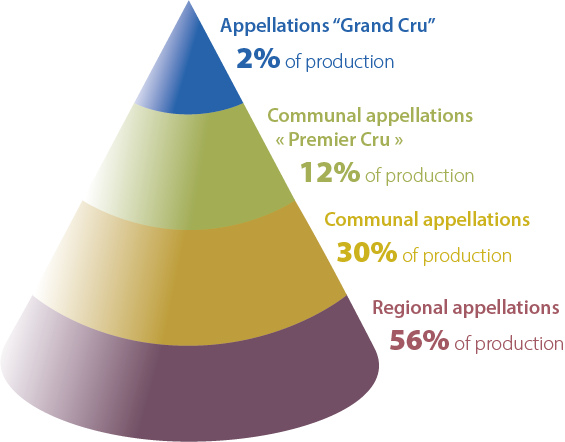 The Appellation Pouilly-Fuissé in a few figures 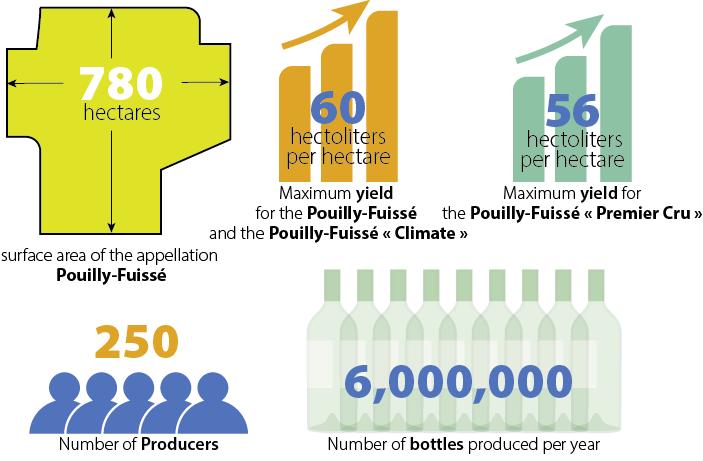 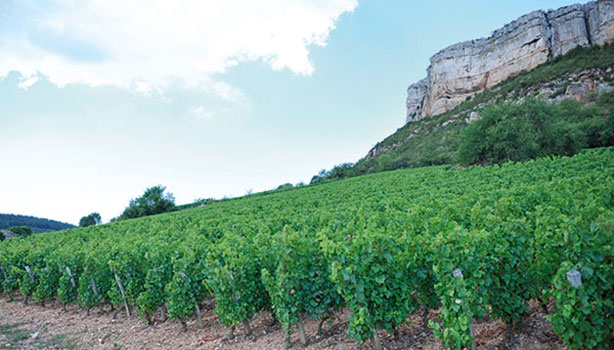 Past, Present et Future
How to drink Pouillly-Fuissé?

The Pouilly Fuissé from A to Z